"Elegant, charming, intense (...)
He enlightens the pages he performs by a personal,
intimate light, though always attentive to what the
author demands"

Dominik Wizjan released his debut album under the KNS Classical with the music of Chopin, Szymanowski, Dębski.
Polish pianist Dominik Wizjan, deeply rooted in the Polish tradition and praised for his flawless and natural technique, has entered KNS Classical with a unique project: The CD “Etudes”, with the complete Op. 25 by Chopin, Etudes by Szymanowski and the premiere of Krzesimir Dębski’s etudes, dedicated to Dominik.
These etudes by three Polish composers from three different eras provide marvellous evidence that the name of this genre should not be taken too literally. Each of these exceptional miniatures constitutes an outstanding study in different shades of musical beauty and substance, at the same time practising and showcasing the pianist’s skills.
Send a mail to order the CD 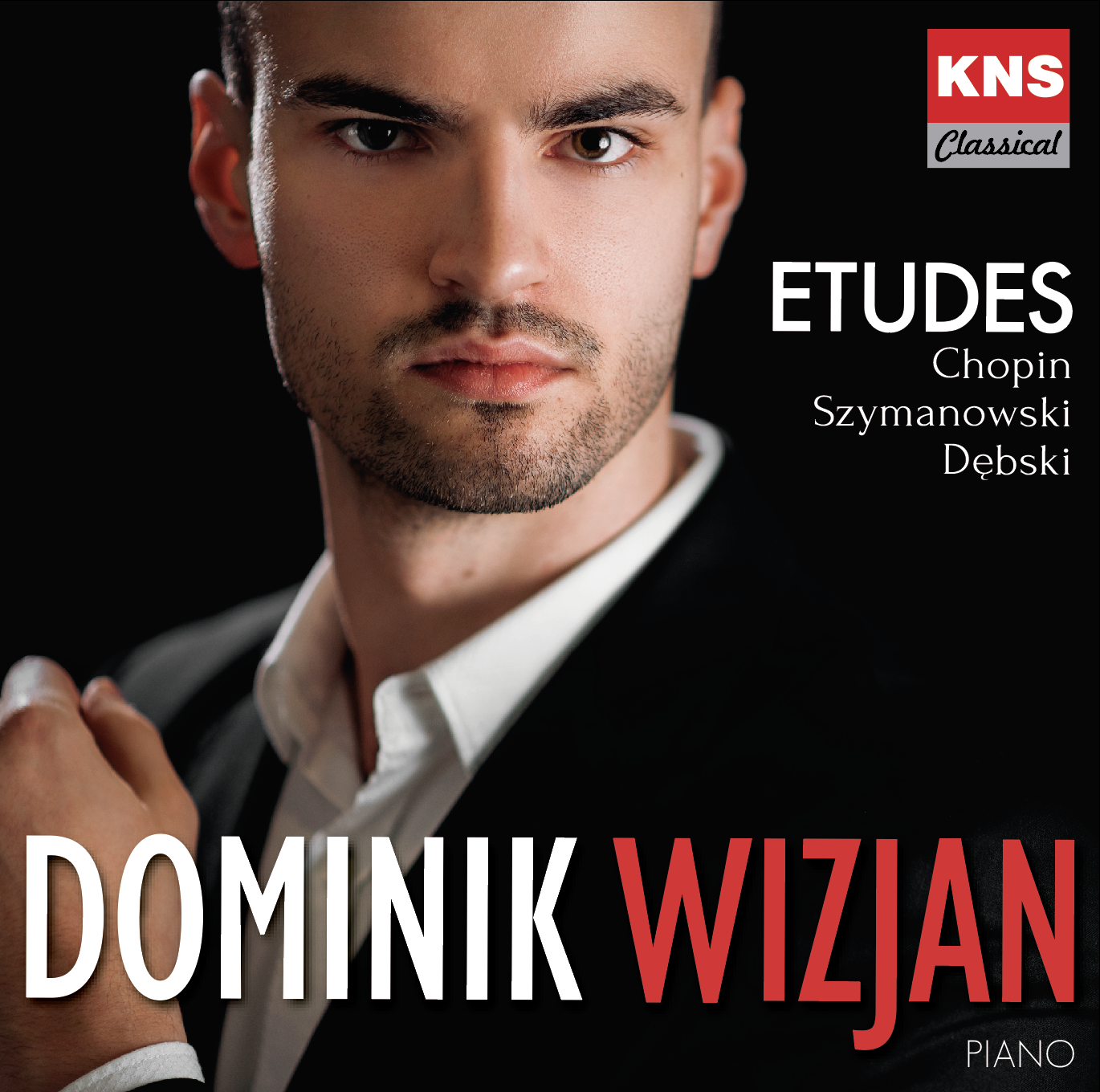 Dominik Wizjan (b. 1994) is a Polish pianist. Inspired by his older brother, Dominik began his adventure with piano at the age of 6. As a student of the Feliks Nowowiejski State Secondary Music School in Szczecin, he took part in a range of national and international competitions, including: the VIII National Piano Festival “Chopin Interpretations of Young Pianists” in Konin-Żychlin (honourable mention, 2011), the I Apolinary Szeluto National Piano Festival in Słupce (1st prize, 2011), the XX International Fryderyk Chopin Piano Compettion for Children and Youth in Szafarnia (honourable mention, 2012), and many others.

At the age of 17 (2011), Dominik made his debut with an orchestra in the Mieczyslaw Karlowicz Philharmonic in Szczecin. Shortly after, he was invited for Youth’s Chopin Interpretations festival for the most prominent young pianists. In the same year, Dominik received an award from the President of the City of Szczecin for exceptional artistic achievements. After receiving a prize on the II West Pomeranian Piano Competition (2012), he was honoured to perform with a Polish-German orchestra Pomerania under the baton of Jacek Kraszewski.

After very successful years Dominik came to the conclusion that he ought to continue his piano education abroad. He decided to hone his unquestionable talents at the Royal Danish Academy of Music in Copenhagen. During his last year of study in Poland, he has already been enrolled for a Bachelor programme in Amalie Malling’s piano class. In 2015, Dominik received his Bachelor’s degree. In 2018, after extremely fruitful years of collaboration with Marianna Shirinyan, he received the Master’s degree (marked a 12 on a scale of 12). Immediately after graduation, Dominik got enrolled in the prestigious Advanced Postgraduate Diploma, continually, at the feet of Marianna Shirinyan.

Dominik is an active participant of various festivals, courses and masterclasses where he had opportunities to work with renowned pianists and professors, such as Kevin Kenner, Katarzyna Popowa-Zydron, Alberto Nose, Juhani Lagerspetz, Niklas Sivelov, and many others. He has played recitals in concert halls in Poland, Germany, Austria, Denmark, Sweden, Norway and Italy.

Dominik is mainly enthusiastic about the Romantic and the 20th century works, however, his musical interests include a wide range of repertoire from the Baroque to the contemporary pieces.